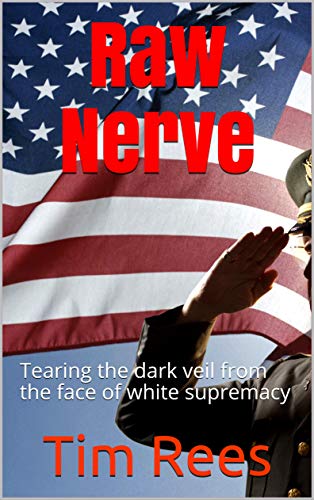 about this book: Raw Nerve is a novel I wrote in the 90's that was highly acclaimed throughout the publishing industry - I had agents fighting to represent the novel and flew to New York to sign a deal with HarperCollins. The presidents and vice-presidents of all the major publishers pulled the plug on publication because it was considered too controversial. I published on Kindle in 2012, but quickly unpublished as I wasn't happy with the formatting. Now I have republished the novel permanently.

Why did I write it? I asked myself the question: why didn't Colin Powell run for the White House and immediately began to write the scenario that is now the novel Raw Nerve.

I set the story in 1997 and have the black governor of Georgia, Janice N. Mathias, about to be elected President of the United States.

Then I asked the question: what are the Klu Klux Klan going to do about it?

Gideon is the man who makes the difference when he tears the dark veil from the face of white supremacy...