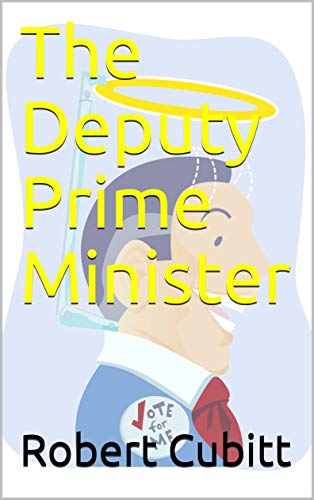 about this book: When the Parliamentary expenses scandal broke back in 2009 I was as incensed as anyone. It wasn't so much the pettiness or extravagance at some of the claims, it was the sheer sense of entitlement of some of the MPs who we, the public, elect to represent us. They just didn't get it and I doubt that they do even in 2015.

Since 2009 we have been hit by more scandals, some related to expenses where both MPs and Lords have gone to prison, we've had scandals over vote rigging,fighting in the House of Commons bar and, most disturbingly, accusations of MPs having sex with under-age children. When my anger drove me to start writing this book in 2009 I didn't know the half of what has since been revealed.

It makes me wonder if I have actually played too safe with the fictional story of the scandal I have described in The Deputy Prime Minister. When I started writing the book I wondered if my story was too far fetched. Now I wonder if things may actually be worse than I have described. You will have to decide that for yourself.

From the start of the story I make no secret of the fact that the Deputy Prime Minister, Timothy Elgin, is a very nasty man. He has climbed the greasy poll of politics not for the public good, but for his own good. Author Clarke Nevis must expose this and bring Elgin to justice, but how can such a highly placed politician be exposed? People have had their dogs shot for less. People may even have died for less.