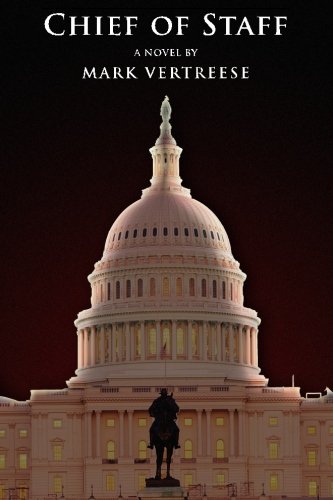 about this book: 'Chief of Staff' is my second novel, set in the very real world of the black upper-class in the United States, an insular and protected alternate reality equally filled with yachts and mansions and light-skinned old-guard families. It is a world that even today many people aren't fully aware of, and a backdrop rife with strong personalities and the invitation-only access you never knew existed. The main character, Eric Julian, has his eyes opened to the true nature of a back-biting family matriarch, while juggling the enormous responsibility as the mouthpiece for a Senator, who just happens to be the man at whose feet he was raised. Readers follow Eric as he straddles the line between the family business and keeping up appearances, and following his heart and his deep-seeded political ambitions.

I wrote 'Chief of Staff' over an 8-month period after reading 'Our Kind of People' by Lawrence Otis Graham. I wanted to showcase a strong black character (Eric) in the world of politics but focus more on his story – and the unimaginable environment around him - than the goings on in Washington. Graham's expose of the black upper-class was a fabulous launching pad for my imagination, and for my desire to combine politics, material wealth, dysfunctional relationships, and the roller-coaster of emotions that we all deal with day-by-day – hopefully on a smaller scale than what Eric experiences!

'Chief of Staff' delivers intrigue, unstable family dynamics, an out of this world plot twist, insight into the black upper-class, quit wit, and a murder or two throughout its action-packed chapters. It's a great read for book clubs and for individuals, alike.