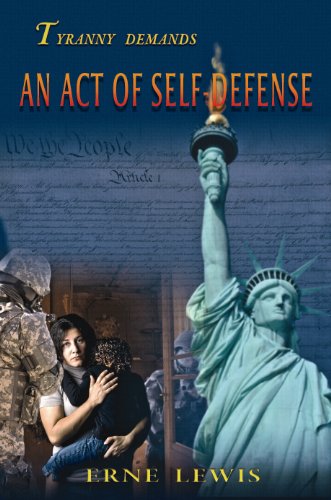 Book: An Act of Self-Defense by Erne Lewis

about this book: If threatened by a thug every individual has the natural right of self-defense. But what if that thug is a politician using force to steal property, individual rights and lives?

This novel is for readers open to the concept that their individual rights are being lost to the political aristocracy that is increasingly controlling their lives. In this novel set in the near future a few individuals use deadly force in an attempt to turn government back to its role as protector of our rights instead of the worst violator of our rights. In an act of self-defense against the politicians who have stolen their property, their rights and mangled their lives they force Congress to reexamine its role. They did not act in a rage but after careful thought and with full knowledge of what the consequences might be.

• I have not read a novel that handled ongoing suspense as well as Crichton's "State of Fear" until I read Lewis' "An Act of Self-Defense," pretty much in one sitting. I could not put it down. . . . — Lew R

• . . . all at once thought-provoking, eye-opening, prophetic, exciting and inspiring. . . — Julie Harry