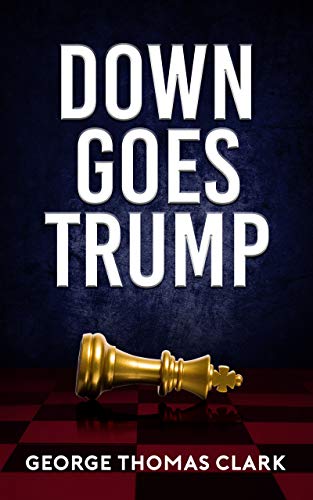 about this book: Since the now infamous 2015 day that Donald Trump descended the escalator in Trump Tower and began ranting about racial hate and imminent danger, I vowed to write about him and characterize his real intentions. A year and a half later, I had my first Trump book: "King Donald." Since he shocked most and won the presidency, I couldn't stop writing, and now I have completed "Down Goes Trump." In satirical style I combine news and creativity to portray many key characters during the four years of Donald Trump's administration. Befitting a commander in chief, Trump is on stage more than anyone but his costars also have significant roles: Nancy Pelosi is a combative opponent, Mitch McConnell and Lindsay Graham lurk close to the throne, Kim Jong Un threatens to blow everyone up, Melania Trump is alluring and mysterious, the coronavirus attacks the world, and many historical figures like Martin Luther King, Joseph Stalin, and the Ayatollah Kohmeini return to offer their perceptions. Prepare for a stimulating ride through a turbulent time.