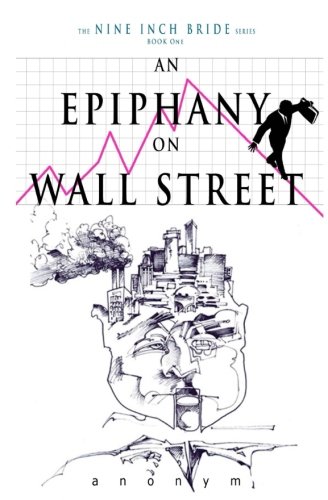 about this book: Feed Your Soul
Arm Your Outlook!

We have here a novel trying to be—more than a novel—a call to revolution. Whether it succeeds or not is a question for you to decide, but in the trying this becomes a remarkably relevant and powerful venture in literary fiction, and I expect a delightful discovery quest lies in store for just about anyone investing the time to read it.

Though the dense, quirky speeches of the title character sometimes slow the race of the story itself, these tirades are eloquent and fascinating, sexy, funny and thought-provoking in their own right. The heroine Sahar, or Sa for short, is a virtuoso of high tech and acrobatics, as well as a dedicated revolutionary. Reinventing language as she speaks, she employs her verbal virtuosity to bring the protagonist and narrator, Ken, to question his assumptions of life—and his very sanity.

A Wall Street analyst fallen in a market crash, Ken finds himself at the brink of despair when Sa gets under his unconscious skin, nursing him back to the bright shiny world of those who have no clear or present fear for their livelihood or indeed, their very existence, and hires him over to her cause.

Many notions of left and right are confounded and turned on their head in 'the world according to Sa.' She wields the rhetoric of Ayn Rand back against capitalism like a whip, yet describes a post-Marxian economy of 'free enterprise' in breaths not far apart. All dogma is fair game for a refresh in her lens.

Though serious in subject, the characters are lively and the dialogues run deep, get hot, spicy, and will often leave you smiling.

There is symbolism going on, from the subtle, as with the messianic and religious references, to the obvious, like the play on 'big' and 'small' and proportion itself in a political context, or the reinvention of names for things we know, like 'Empire City' for Manhattan. Sa herself is a symbol of activism and individuality, a bundle of seeming contradictions that she comprehends, but as avant garde leader, is hard pressed to make others understand. As she revels in and reviles the language on which she depends, she becomes in her singularity a metaphor for humankind.

There's understated sci-fi and the beginnings of espionage, which buffs of those genres will appreciate. The characters ring true and the relevance to contemporary America is unmistakable. As a symbolic political novel, An Epiphany On Wall Street begins to fill a literary void in answer to Atlas Shrugged, and does it with brevity, honesty and warmth.

If you're looking for a novel that is fun and far far more, this is a 'must.'

Video: Ahrundhati Roy ~We~ as intro to the Nine Inch Bride Series