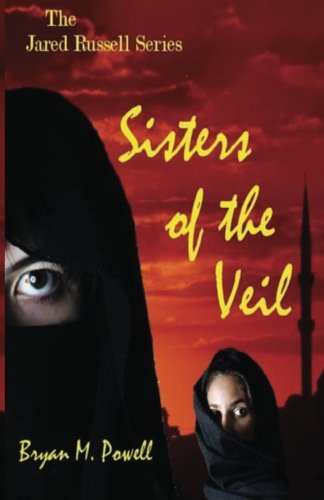 Book: Sisters of the Veil (The Jared Russell Series Book 1) by Bryan Powell

about this book: Faced with a blood-curse, Fatemah Bashera and Shirin Hassani flee Iran and come to America. They meet Jared Russell, an African-American and former Marine turned architect. His company recently acquired the contract to build the second largest Mosque in Michigan. He hires them as secretaries, but Ahmad, Shirin's brother, hates Americans, especially Christians. In addition, Jimbo Osborne, Jared's superintendent, threatens to ruin everything with his racial slurs. Amidst death threats, social unrest, bombings, kidnappings and a beheading, Jared realizes he is falling in love with Fatemah. Follow Jared as he navigates the minefield of hatred and prejudice and finds the meaning of love and forgiveness in Sisters of the Veil. The Jared Russell Series is a top selling Political/Christian Fiction series. Book two - Power Play takes my characters to Lebanon to start a home for converted Muslims and in The Final Countdown, book three, Jared returns to America to stop two radicalized Muslims from setting off a dirty bomb in New York City.

Video: Sisters of the Veil by Bryan Powell