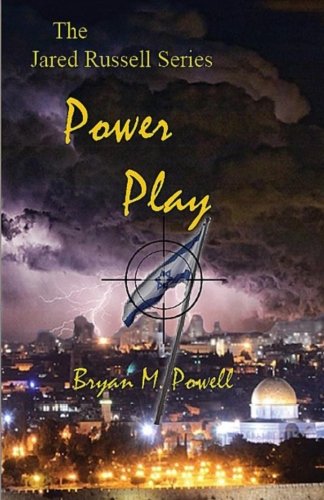 about this book: After their wedding, Jared and Fatemah Russell move to Beirut, Lebanon and open the Harbor House, a safe house for converted Muslims. They hire Anita Bashera, as their housekeeper, little did they know this fifteen-year-old girl is the daughter of the Prime Minister and is desperately trying to escape an arranged marriage. She meets Habib Hadif, a young college student with a shaded past and sparks fly. Soon they find themselves caught in the middle of political intrigue, personal crisis, and the chaos of war.

Anita overhears her father's plans to draw Israel into war, but before she can expose the plot, she is kidnapped and taken deep into Hezbollah held Syria. Meanwhile, Anita's two brothers come to America bent on stealing our nuclear codes and attacking our icons of freedom. With the world on the brink of war, Habib and Jared, set out to rescue Anita and stop her madman father before it's too late, in Power Play. Power Play is book two in The Jared Russell Series. Book three is The Final Countdown. Jared and his friends return to America to unravel a mysterious message given to him by a dying man. The clock is ticking as Anita's two brothers plan to attack New York City with a dirty bomb.