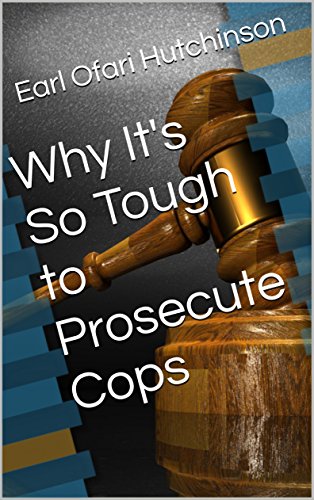 Book: Why It's So Tough to Prosecute Cops by Earl Hutchinson

about this book: Nearly a quarter century after the Rodney King beating and the officer's acquittal, Political Analyst Earl Ofari Hutchinson in his new hard hitting ebook, Why It's So Tough to Prosecute Cops (Amazon Kindle), says this question still looms large: What exactly has changed? Are officers who assault and kill unarmed civilians under the color of the law hauled into a court docket and convicted? If not, why.

Hutchinson fast forwards through the next quarter century dissecting the cases from Michael Brown in Ferguson, Missouri to Freddy Gray in Baltimore as well as many more controversial cases involving police shootings and excessive force accusations to answer that question. In Why It's So Tough to Prosecute Cops, Hutchinson paints a sometimes terrifying, sometimes, shocking, and always sobering picture of the colossal problems that prosecutors face in prosecuting bad cops and what prosecutors can and should do to try to overcome them.

Hutchinson tells much about the current state of police and minority relations in America and the perils and pitfalls of those relations and the violence that goes with it to often. 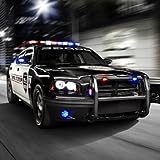