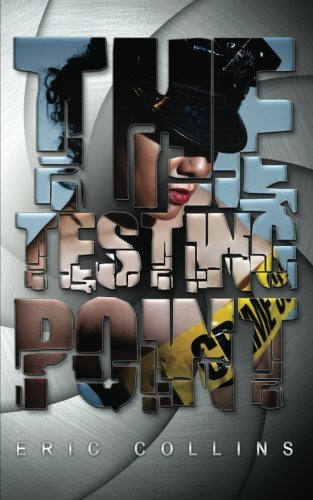 about this book: The Testing Point is about rookie police officer Ben Grasso who is given the unpleasant task of transporting his childhood friend and fellow officer to jail after that friend is arrested for the motel-room murder of a prostitute. The case against the officer is solid, including eyewitness testimony, and a ballistics report that says the officer's gun fired the fatal shot. As evidence against the officer accumulates, Grasso begins an unauthorized investigation into what he thinks is a frame and a cover-up. His new partner, Officer Dina Greenbaum, despite lessons from her past that should have warned her away, joins in the investigation. Fighting organized crime, police corruption, and their own demons, the partners find they can't tell friend from foe, and that they may have started something they can't finish.

The title for this book comes from a C.S. Lewis quote: "Courage is not simply one of the virtues, but the form of every virtue at the testing point."

• "An excellent police thriller from a new talent." - Kirkus Review