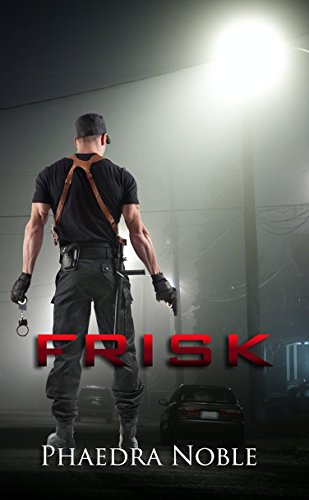 about this book: FRISK was a labour of love for me, and completing it was certainly the defining moment of my writing career (to date). The story itself was originally created in blog format with subscribers commenting which direction they hoped the story would follow. The project itself was purely intended to be a form of escapism from my intense training as a coroner's officer, however, it quickly became apparent that its quirky style and loveable main character (once commented as being the 'Tony Stark' of street level policing) had captured the hearts of its readers. At its peak, the original FRISK story enjoyed a staggering 18,690+ readers - the reason behind the decision to adapt it to a novel.

The story follows the lives of Detective Inspector Marcus Travis, and first year Criminal Justice Student, Emma Marron. In a nutshell, due to staff shortages in a small town station, this up-and-coming cop is promoted to an assistant coroner position, whilst having agreed to voluntarily teach policing procedures at the local college. Unfortunately for Marcus, his head is instantly turned by a young woman in his cohort that seems unusually clued up on all things police related. Slowly but surely, a trend of chaos, death and destruction follows them through to a climatic finish. There are many twists, many turns and a few darker moments thrown in for good measure.

Trust me when I say that FRISK is like no other policing novel you will read - probably ever!