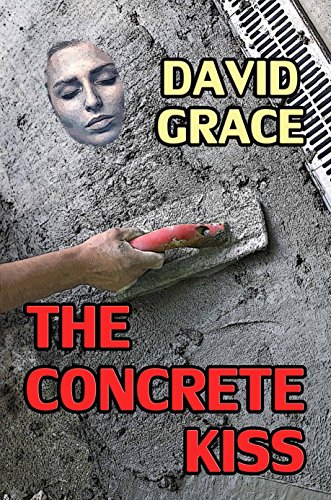 about this book: The Concrete Kiss is an emotional and fast-paced police procedural/crime novel. The heroes, a Metro Homicide Detective and an FBI agent only months away from forced retirement, are real heroes, not burnouts with drinking problems or eccentric losers burdened with a string of failed relationships. The villains are real bad guys with no redeeming qualities.

The novel weaves two story threads, a serial killer operating in a mid-sized city in Update New York and a cartel contract killer who murders entire families for pay. One is pursued by a local police detective and the other by a senior FBI agent.

The police detective reveals a plan by an ambitious Deputy D.A. to conceal evidence in order to get a headline-producing conviction of an innocent man. The detective makes it his mission to find the real killer who is still on the loose.

The detective's friend, a senior FBI agent on leave in advance of forced retirement,asks for help in using his last days in the Bureau to catch the contract killer who murdered is adopted daughter's family.

As the story develops these two officers join forces to get their men.

Kirkus Reviews described it as: "Well-written, engaging and sure to keep you up" and it earned a Kirkus "Critic's Pick."

So far, The Concrete Kiss has received 12 Amazon reviews, all of them five stars.