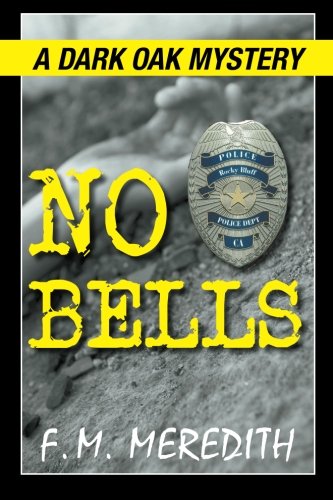 about this book: No Bells is a different kind of police procedural crime novel--and No Bells might be described as a cozy police procedural. With an ensemble cast, in each book one or two characters have a feature role. In No Bells, Officer Gordon Butler is the star. Poor Gordon, he's had a tough life. His wife was stolen by his training officer, he fell in love with a female officer who had eyes for someone else, and now he's finally found the woman of his dreams, but there is a big problem. She is the major suspect in a murder case. Gordon risks his job to prove her innocent.

The title came from something that was said to my grown son years ago--but you won't find out what it is until you near the end of No Bells.

I'm fortunate in having many friends who are police officers and willing to share their expertise and sometime their stories with me. However, sometimes I goof and my explanation to my law enforcement pals is "It's my police department so I can do it anyway I want." After all, I am writing fiction.

I feel like every character in my Rocky Bluff series is real--I keep writing about them because I want to know what is going to happen to them next.

• "This is one of those terrific small town crimes with lots of subplots and great personalities who inhabit the place. By the time you are finished with the book, you will feel like you spent time in that town and enjoyed every minute of it." — Gayle Bartos-Pool

• "How about a 21-bell-salute for NO BELLS by F.M Meredith? This latest addition to the Rocky Bluff Police Department saga welcomed me back into the lives of people who have seemed like fascinating friends since I met them in the first Rocky Bluff PD story. Truth be told, I cared about these officers and their families from the beginning." — Radine Tree Nehring

• "I've read all the books in the Rocky Bluff P.D. series. Gordon has been my favorite character since he was introduced. I am so thrilled No Bells spotlights this great character." — Cheryl Malandrinos

• "I was smiling when I closed the book, and I do love an ending that makes me smile." — Pat Browning