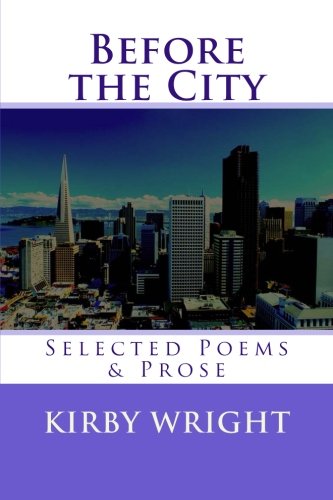 Book: Before the City by Kirby Wright

about this book: I tend to write dramatic monologues, such as the one to the deposed and last ruler of the Hawaiian Kingdom: Queen Lili'uokalani. That monologue came from a need to make some kind of contribution to recognize the 100-year anniversary of the overthrow of her monarchy in Honolulu. The poem was printed as a broadside and distributed to kupuna who had travelled from homestead land in Nanakauli and Waihole/Waikane to participate in a day of lament over the loss of the aina (land). The palace was draped in black bunting and the old Hawaiian lament of AUWE could be heard on the palace grounds as locals wept.

I usually focus on one person when I start a poem. I tried to get behind their eyes and see what they see or what they saw. Some of my poetry has dark comic edges, such as "Moloka'i Budget Vacation," where the narrator is trapped on a sting ray-infested beach watching two dogs tug at a dead eel. There's also lots about family, especially poems about my father.

I'm certain you will enjoy this collection. Most of the poems have been published in literary reviews and university magazines, such as BLUE MESA REVIEW, HAWAI'I REVIEW, and ARTFUL DODGE.