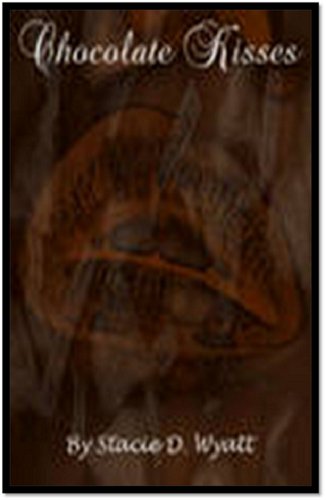 about this book: I wrote this collection of poetry about a former addicktion (addiction) of mine. I wrote plenty of poems to him over the years from 2006 to 2010. I decided to compile all the poetry into a book format. The book was originally a part of a bigger collection (Chocolate Kisses and Love.Lust.Life) but decided to split the book into two sections because the book was getting too long. The book focuses on lust--I definitely had lust for this man, but since I was addicted, I thought I loved this man, instead of parts of him. As I started writing the book, the book moved from lusting after this man to learning to get over this man. The book became therapy for me.

Why did I choose the cover: The cover was designed by a friend of mine named Justin Gordon. We attended graphic design school together from 2004 to 2005. He is a great friend and a great designer. He designed the cover for free.

How long did it take to write: The easy part was compiling and organizing the poems, but I got stuck on formatting and editing.

What was the hardest thing about writing this book: Editing and formatting was one of the hardest things. I think the hardest was publishing something so personal. These are real poems, written by a real man, based on my real feelings. I also took the risk he would find out I was truly addicted, thought I liked him, and now am officially over him.

What Did I learn: I learned I was more addicted to this man, than I thought. I had to get over him. So, I used the book as a vehicle to get over an addiction.