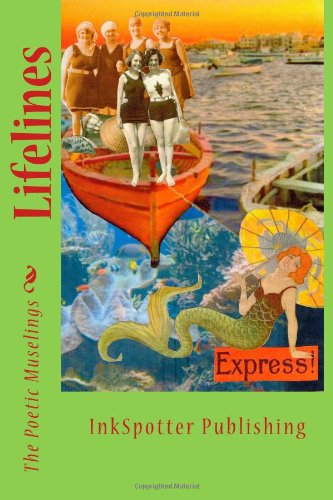 about this book: This book is a collaboration by six poets who have never met in person: Michele Graf (editor), Mary Jensen (theme poem), Margaret Fieland, Lin Neiswender (cover), Anne Westlund, and Kristen Howe. We "met" at a free online writers conference. The six of us (and many others) signed up for some of the same workshops, including one on putting together a chapbook and another on creativity. But the presenter failed to show up for the final chat of the creativity workshop -- she had experienced a power failure and was unable to connect to the internet -- so Michele, who was the moderator for the chat, began asking us what we had taken away from the workshop. We were energized, and a group of us decided we wanted to continue to meet to share and critique poetry.

We started with a largish group, twelve or so, but over the course of time various members fell away. We decided to put together an anthology of our poems, and we lost several more members who were unable to commit to the project.

Margaret Fieland (me) ended up as chief techie. I set us up with a shared directory in Google Documents (now Google Drive), which enabled us all to share the poems and comment on them. I'm convinced that if we had had to exchange email in order to work on the poems together, we'd never have finished.

We started with twelve poems each, and cut the number down to six, making a total of thirty-six poems, not counting the theme poem written by Mary, who bravely took on the task of organizing the collection and came up with the organizing principle and the theme poem.