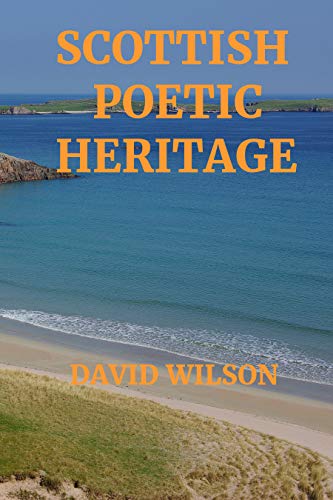 about this book: Scottish Poetic Heritage includes fifty-two poems from twenty-seven of the old Scottish poets. I was inspired to write this book in the hope of keeping the memory of these poets alive and also to encourage others to write. Scotland has a very rich heritage in poetry and when researching for the book I attempted to include as varied a selection as possible. I chose the cover as it epitomizes the quiet serenity of Scotland. Robert Burns is still regarded as Scotland's National Poet. Many of these early poets were well educated but others like James Hogg, also known as "The Ettrick Shepherd" had to leave school early because of family financial problems and take a job as a shepherd for a number of years. He was aged forty before he began his literary career. One of the most famous of Scottish poems "Auld Lang Syne" is included as well as one of my own. I hope many will read and enjoy and be encouraged.