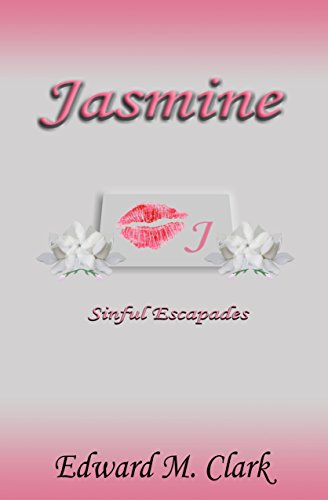 I wrote the book mainly because it was a request. I had written many clean and naughty poems in the past and posted on some blogs. A series of them followed a couple and the joke was to make a book out of them. The joking became a reality with careful planning.

My main audience so far seems to be younger to middle age women and some men. It is a very select audience it seems. I was given even good reviews by local readers that really could have done with out the extra description.

The book took well over 6 months to write. I wanted the perfect mix of smut and a love story. Sounds much easier to do than I initially thought.

The cover has been called rather plain and some have thought it was cleaver. I wanted something different than the plain old one worded with a symbol or silhouettes of people in a bed. The book has so much more to offer and I wanted people to wonder what was up with the card with the lipstick, as well as the wild jasmine flowers.

The hardest part of the book was trying through many drafts to get the right amount of smut. I wanted an equal balance of both smut and story line that made sense. It took a little bit to get just right but I finally got to where it felt and sounded correct.

This book has taught me how to really mix many styles into one book. It sounds much easier than it is but was well worth the lesson.

Absoulutely mindblowing, I was not expecting the incredible twist and the few suprises i got out of this book. I would suggest to anyone looking for a new twist on a adult title. [by Filly C.]