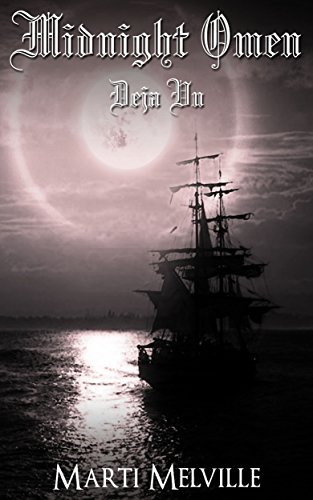 about this book: Kidnapped from her home off the cliffs in Wales, a young Celtic healer is forced to board the great tall ship "Revenge" and survive a life among PIRATES! Little does she know, the ship's Captain would be the man who would capture her heart as well. So much about this life in the 18th Century shapes her destiny as she sails the Spanish Main with pirates. "Midnight Omen Deja vu" is the first novel in the Deja vu series. "Silver Moon Deja vu" is scheduled for release in 2012 with "Crimson Night Deja vu" to be released in early 2013.

Follow the adventures of actual pirate, John Phillips who commanded the ship "Revenge" from 1721-1724 as he sailed the Caribbean. Learn about his crew, their destinations and adventures as they actually happened in history. Discover new possibilities to historical events as a clever interweave of Celtic folklore flavors the plot. What is history and what is fiction? That is a question that each reader must ask as he voyages over the crystal waters of the 18th Century Caribbean in the "Deja vu" series by Marti Melville.

Escape to a Past World

I loved this. Rarely has a story been able to capture a time and an era such as this. You are drawn in to the realm and feel as if you are in the very midst of all that's happening. An awesome escape to a time when ships ruled the world and laws were made by those fitting to their needs. GREAT JOB [by Didrik Davis]