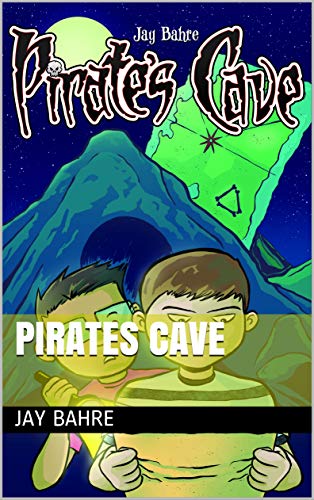 about this book: Welcome to the book promotion for Pirates Cave. If you decide to read it I hope you enjoy it as much as I enjoyed writing it. I came up with this story years ago when I was writing another story and my young son came up to me and asked me to write him a story, so why I came up with Pirates Cave I really have no idea.

The story is about a young boy that I named Jason after my son that has a fascination with pirates and the ocean. He lived in a small beach house with his mom that just happened to be within walking distance from a well-known area that pirates would hang out and that place just happened to be called Pirates Cave because of that.

Jason and his friend John would frequently visit Pirates Cave and act as if they were pirates. John didn't especially like playing pirates because he did not have the same fascination as Jason did, but never the less he went along with it to satisfy Jason during their time together as friends.

One day while hanging out at Pirates Cave just the day after a stormy night John had found an old bottle buried in the sand, he thought that it was just that just an old bottle. He went to throw it back to the sea but was stopped by Jason because Jason's curiosity wanted to explore it some more before it was lost in time again.

Jason had found out that the old bottle that John had just pulled from the sand contained a treasure map. But this just wasn't any treasure map, it was a treasure map written by the most fearsome pirate known to all man and legion says Mad Dog was that way because he had the most magnificent treasure than any other pirate and he had lost his treasure map and could not remember where he had buried it.

The day that Jason and John went back to Pirates Cave to look for Mad Dog's treasure there was a man there, a man that was also looking for Mad Dogs treasure. This man that called himself Mad Dog was unaware that the boys were there for the same reason as he was.

John got bad vibes from this guy that called himself mad Dog so he just stayed away but Jason couldn't he had to keep going back to satisfy his curiosity.

Once Mad Dog; No wait- once the "REAL" Mad Dog got the word that his treasure map was found he wanted it back, so he went to retrieve it.

Jason wasn't ready to give it up just yet so the REAL mad Dog took Jason and everyone else that was on the beach to his ship until he got his map.

For days Jason mom and the police tried to find him with no luck until the police detective came up with some clues to where Jason might be.

Jason finally gave the map to Mad Dog and he was released. Mad Dog and his crew dug up and then loaded the lost treasure on the ship and then sailed off into the night and were never seen again.

I would like to tell you more but I would rather that you read the story from the start. I hope you find the cover intriguing I chose it because of the pirate ship and the skeleton of the pirate. if you don't really understand that you will when you finish the story.