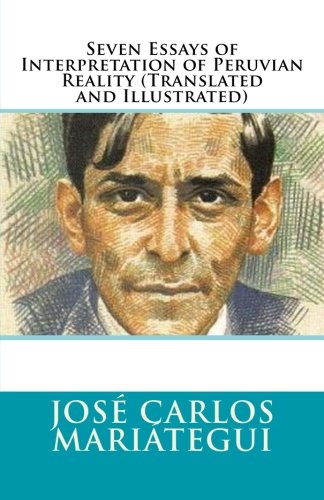 about this book: Mariátegui's The Seven Essays —given the Marxist approach very little assimilated, by then— seized the imagination of the Peruvian people, and later, of the entire world. With scholarly patience and the nimbleness of a surgeon —for a self-taught writer who never attended college or a university— he touched the raw nervous centers of Perú. By examining symptoms, analyzing palliative cures —often erroneous— he made it clear that although the marxist solutions were incipient, they could at least give an initial impetus to the improvement of the country. The problems that Mariátegui examines are: 1) Economic evolution; 2) The problem of the indian; 3) The problem of the land; 4) The process of public instruction; 5) the religious factor; 6) Regionalism and centralism; and 7) The process of literature. Despite the numbers of years that have transcurred, the book is quite relevant today. The author immersed himself in the marxist ideology, traveling to Russia to experience first-hand the spirit of the Russian people at that time. This book is easy to read, tremendously engaging, and what's unusual for a socio-political treatise—never boring!

Other books by Marciano Guerrero