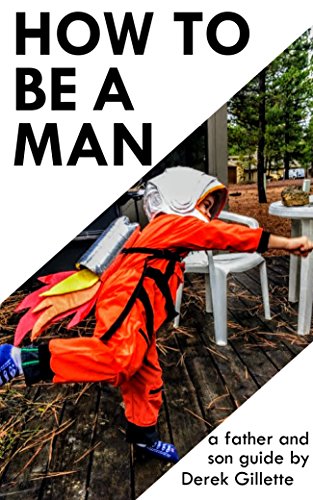 Book: How to Be a Man - A Father & Son Guide by Derek Bryan Gillette

about this book: There is an epidemic sweeping the globe of disengaged and distant fathers. The result is a generation of young people unprepared for the real world, and unequipped to succeed.

It is easy to blame this on the fathers, getting angry with them for not trying harder, and many wives do take this route. But the root cause is deeper than a lack of effort. At the root of their disengagement is a profound lack of confidence in what they have to say or teach.

This is where "How to Be a Man: A Father & Son Guide" comes in. It is an easy to digest, quick to read guide on how to raise sons of high character. But unlike other "how-to" books, this is not a step by step formula.

The book focuses instead on over 30 character traits that are essential to succeeding as a man. The chapters are conversation starters, initiating real relationship between father and son.

So join me in the revolution: Fathers and sons connecting and succeeding in a world full of brokenness.