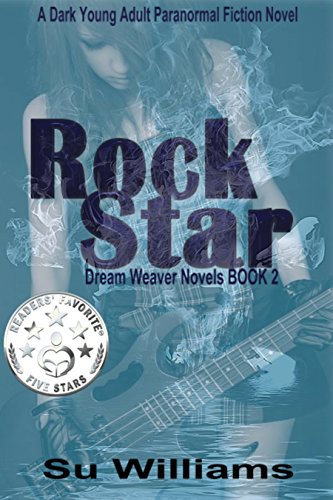 about this book: Have you ever wanted to live the life of a Rock Star? See your name up in lights on the marquee at a major venue? Deal with roadies, promoters, lighting and sound crews, fans and venue owners? Jet from city to city to make love to a crowd with your voice?

Emari Sweet lives the dream in Award-Winning Author, Su Williams' second novel, Rock Star. The story takes up right where Dream Weaver ended...though it might not seem like it at first. Dream Weaver, Sabre James submerses Em in an elaborate memory weave and Nickolas pries at the perimeter to reach Em's minds without success. All the while, Sabre's colored past is leaching into her mind, and she learns some of his deepest, darkest secrets...and his 'once upon a time' love for a beautiful girl, Sarah Rose.

In Sabre's past, he was accused and hunted for the death of his best friend's sister. And now, this 'friend' returns with the Wraith, Thomas to wreak havoc on all of their lives.

In Rock Star, Emari faces the aftermath of her assault as she's assailed by episodes of PTSD; she unearths a dark and sinister secret hidden in Nick's heart, discovers a magical spider, and faces her own mortality at the hands of Sabre's vengeful nemesis.

Rock Star received 5 stars from Readers' Favorite and has been called: A solid gold hit!, Inception-esque, another hit for Su Williams, every bit as intriguing as her first book. Fast paced and well constructed...sophisticated and clever...I recommend this book to any paranormal reader.

So come live vicariously through Emari Sweet and start LIVIN' THE DREAM!