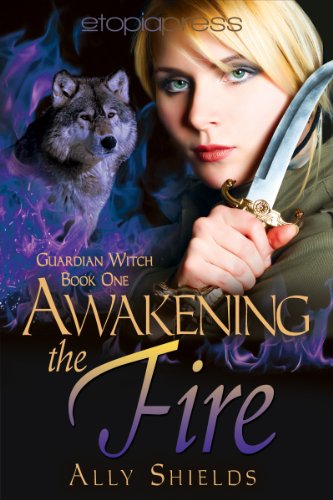 about this book: I began writing this manuscript in 2008 before the phenomenon of Twilight and the resulting interest in urban fantasy and supernatural creatures. While my books have vampires and werewolves, the main character is a young witch, 23-year-old Ari Calin. Raised to be a cop called a Guardian, she hasn't yet realized her full potential as a magic user. When she has a problem, she solves it with her weapons, including an ability to shoot witch fire from her fingertips, or with her martial arts skills.

During her first murder investigation, Ari's magical abilities begin to emerge and provide an important thread in the on-going series. A second subplot involves her reluctant entanglement with the mysterious vampire, Andreas De Luca, born in the late 1700s to Italian aristocrats.

Riverdale, and especially its Olde Town district which Ari polices, is small enough that the reader will meet most of the characters again in subsequent books. Awakening the Fire introduces the world, the setting along the cliffs of the Mississippi River, and the characters. And you'll discover that my vampires don't sparkle, but they provide plenty of action.