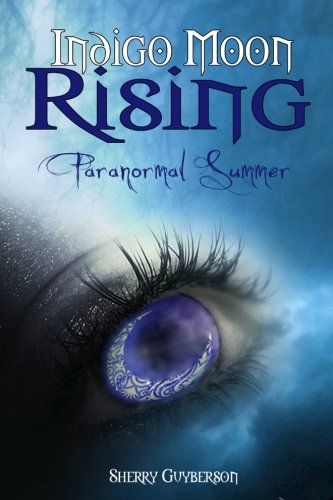 about this book: Paranormal Summer, the first in the Indigo Moon Rising series helps connect the dots between two seemingly different beliefs, that of the Law of Attraction and the paranormal. For me the two have always lived intermingled, a mystical blend of my knowing, but often hard to explain.

Paranormal Summer introduces the readers to the main characters, Jillian, Sonya and Ryan. The story is set in a small town nestled in the foothills of Tennessee. Jillian, just turning 15 has been sent away for the summer to her aunt's where she makes friends with others that have 'gifts'. At times she begins to question when she is awake because many of the things she experiences would only be thought of in dreams. In reality, or at least hers, she is being guided onto a path of self-exploration with the help of her friends, an aunt that passed into spirit and some animal guides.

Ryan who is the most cognizant of his abilities learns that his family tree holds secrets that are trying to change history in an evil way. He lives and breathes the unity between the law of attraction and the paranormal. He is an old soul and isn't afraid to use what he knows.
Sonya is from a linage of gypsies who lived quietly with her Grandmother running a bed and breakfast until she met Jillian and Ryan. Now she is opening her eyes to her abilities. From discovering her past life as a healer, to discovering her secret siblings, her soul yearns for the truth of what she is doing here.

Hopefully I will let readers see life from my perspective, showing our connection to everything, and our responsibilities to ourselves and others. Writing this book, for the second time showed me that the possibilities are infinite. And if I 'know' that, then so am I!