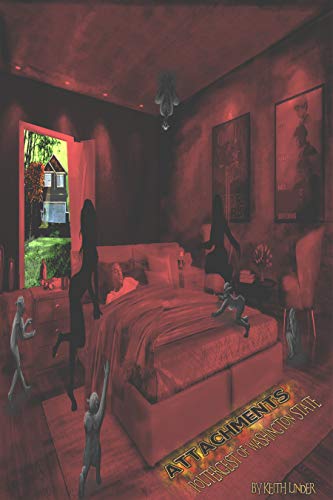 about this book: Part two of Keith Linder's, best seller book The Bothell Hell House, has arrived. This true story picks up where the previous book left off. Keith Linder, an IT professional from Texas now living outside Seattle Washington, feels the time is right for him to exit the home many now say is haunted. The question everyone's asking themselves right now is what happened here? Why is this house haunted? Now that the two independent paranormal teams have substantiated Keith and Tina claims of the house being haunted Keith feels the time is right for him to move out. That should be easy right? Not necessarily. Not only is the activity showing signs of resurfacing. But one question that haunts Keith more than any other. Will the spirits follow him? Attachments – Poltergeist of Washington State has more video evidence than its predecessor. More EVPs. More unexplained audio data. More pictures of what was chasing Keith and Tina. And yes the reason why this house was behaving the way it was and the true makeup of the black wall markings are revealed in great detail in this book. The truth emerges. But at what cost to Keith?

I suppose I have a special interest in this book because I know all of those who, just over two years ago, investigated this remarkable series of events. This is a natural follow-up to the original account, 'The Bothell Hell House', which told of the extraordinary events that occurred in Bothell, an unremarkable and quiet suburb of Seattle. While the first book (also written by Keith Linder) set out a timeline describing what occurred, this follow up, which, after giving the reader a useful introduction to what occurred in the house, picks up where the last one left off and contains considerably more information in the form of photographs and the results of much needed tests on the material that was left on the walls after unsettling marks were made by forces unknown. How the marks were actually made remains a mystery! Also mysterious is why the TV show, Ghost Adventures, which pretty much downplayed Keith's claims failed to investigate the marks, but that's the kind of show it is. Keith's own investigations revealed that a former occupant of the house also experienced many unsettling events while she lived there. Sadly, after moving to another state she apparently killed herself, but there is no suggestion that the events were linked.

However, the team of investigators from the UK who travelled to Bothell (twice) and conducted a thorough evaluation of what occurred decided that there really was something amiss here and they and their findings are quoted at length throughout the book. This time however, Keith (an I.T. professional), bought his own test equipment and carried out his own tests, all of which helped prove the presence of unwelcome poltergeist-type entities; although there is also evidence that whatever this is, it may be considerably more dangerous than that. Unfortunately, the outcome of all this was that due to the continuous stress and hassle, Keith and his partner separated and eventually, because the incidents persisted, he left the house and moved elsewhere. That said, he is still not sure if the entity has followed him, because they can and sometimes do. This book is worthy successor to the original, so the reader would be well advised to buy the first one as well.