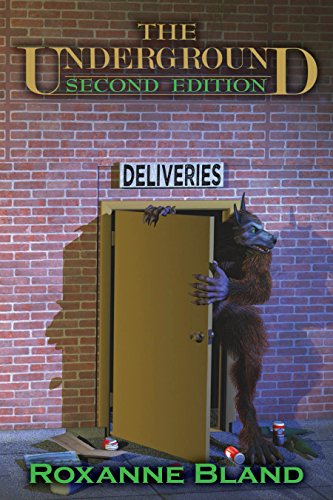 about this book: A demonic serial killer has brought Seattle's paranormal and human populations to the brink of war. The only hope lies with three paranormals, each with agendas of their own--and one alien assassin.

I wrote this book--the first edition--when I was very, very angry at the world. I suppose that's why it's filled with profanity, violence and sex--some of it quite graphic. It took years to write it. My editor was teaching me to write a book, and I can't tell you how many times I had to rewrite chapter 1 until he deemed it good enough to go on to chapter 2. Not good enough not to be edited, just good enough to move on. Anyway, he said "take us for a wild ride," and so I wrote the wildest story I could imagine. Judging from the response from the 1st edition, reviewers found merit in my book, but it had issues. So, I thought about rewriting it. I kicked it around in my head for a couple of years, and decided to do so. I knew I could come up with a better product. From the reaction so far, I was successful. One of my reviewers said, "you'll either love this book or you'll hate it." Most reviewers said they'd never read anything like it. I suppose it's for readers who like science fiction, fantasy and romance all bundled up into one.

The hardest thing about the rewrite was tearing out chapters that were quite good, but didn't belong. I saved them, of course. Never know when I might be able to use them again, in a different story.

I wrestled with the title. But I came up with one that not only conveys the lives of my paranormals, but also names a place. The cover was my own idea--a werewolf in wolf form sneaking out of a door marked "deliveries." I wanted readers to wonder "what is that about?" Well, if you're wondering, you'll have to read it!