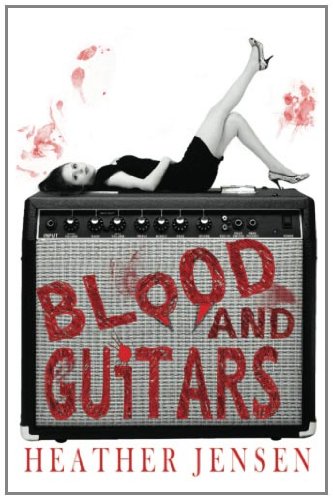 about this book: Blood And Guitars is really a mix of two things I'm very passionate about: music and vampires. I actually started writing the book when I was about sixteen (long before Twilight and the vampire craze hit.) I set it aside to work on other projects and eventually pulled it back out to finish it. It began as a single book but transformed into something much bigger than I had once anticipated. It's now going to be released as a trilogy. The second book in the Blood And Guitars series, Immortals And Melodies, will be released for Kindle on May 28, 2012, with the print version coming later this summer. The hardest part about writing Blood And Guitars was that I didn't like the ending I originally had written. It took a lot of work to get to a place where I felt like the story could continue as a series without writing myself into a corner. I just wasn't happy with letting these characters go after one book, and I felt like their story wasn't finished yet. The paranormal genre is flooded with vampire books right now, but I've created a unique type of vampire that my readers have really enjoyed.