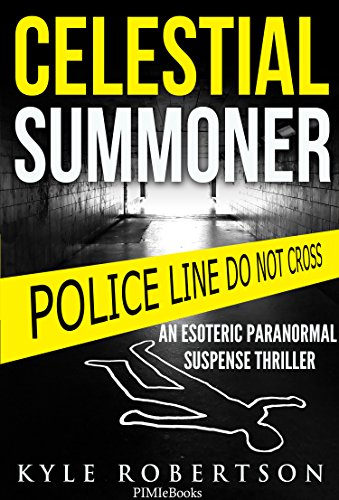 about this book: This crime happens in the middle of America, Leavenworth Kansas. It begins with a dark and evil sculpture on the pither's mound in Kleiko Park. There were two murdered women in a comtorted position right in the middle of a busy park. As usual, nobody had seen anything.

Detective John Chandless was a veteran officer. He began his career in New York apprehending mobsters, so Leavenworth Kansas shouldn't be as hard as the city with eight million stories. Sadly for John, avoiding murder has no safe zip code. The assailant wrote on flsh paper that they would never be found. As the message went up in a flash, John hoped they were wrong.

As John racked his brain at the station, his partner, Detective Simin Khouri, ofered him another alternative to find the murderer. She dabbled in the occult with psychic profilers,
John was a conventional detective, and didn't believe in Simin's "hocus pocus" detecting, but when forensics and CSU had no clue production, he finally asked because he was at the end of his rope. Simin was happy to help.

Simin introduced him to her psychic profiler, Anezka Kranz. Could this sweet, simplle woman find the murderer?

She shows John, a 17 year, New Yorh Homocide detectuve another mystical way to find his suspect.

This thriller is full of danger, and unsuspected romance. Celestial Summoner is a detective crime drama for anyone 17 and above.