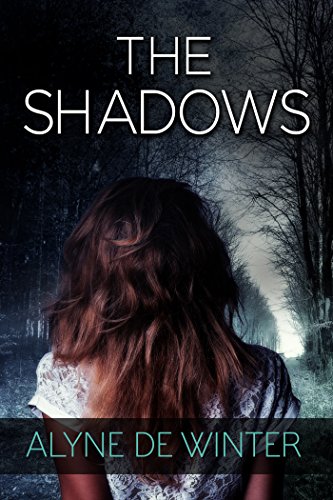 Book: The Shadows - A Paranormal Thriller by Alyne de Winter

about this book: I lived in London for 9 years and during that time, I made a young friend who went to a boarding school out in the English countryside that she felt was haunted if not something worse. After I'd returned to the states, she began film school in San Francisco. Since she knew me as an aspiring writer, she told me about her boarding and about how each student, on entering, was assigned a mentor from the Sixth Form or Senior class to orient her and act as a big sister figure. This older student was called a Shadow.

Well my imagination latched onto that real fast!

Since she was in film school I conceived it as screenplay and it remained a screnplay for over a year. I realized how hard it is to sell a screenplay, so decided to turn it into a novel: The Shadows.

Want to find out why Blight's Academy is so sinister?

There is a dark secret at the heart of Blight's Academy: disappearances, deaths, and conspiracies pervade the wooded grounds, flicker in the stained glass windows, tinkle like a music box lullaby through the turreted halls.

Enter the world of The Shadows where witchcraft is afoot ... Follow young sleuth, Poppy Farrell, as she unveils the deepest secrets of the Shadows.