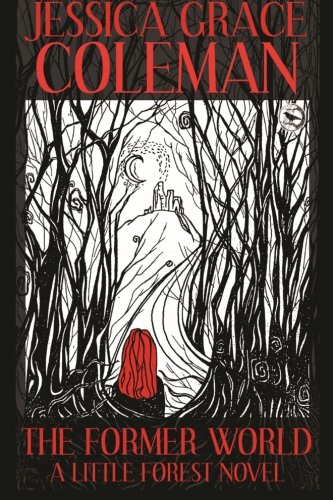 about this book: This book is a murder mystery based in a small village in the heart of England. It is told from the perspective of twenty-one year old Beth Powers: she's fed up with her job, fed up with living with her parents, fed up of her boring home village that she's never left, and just generally fed up of life. The arrival of handsome and mysterious Connor Maguire from Dublin promises to shake up the lives of Beth and her friends, but not in a way that Beth could ever have thought of in her wildest dreams, or indeed, her darkest nightmares.

The book follows Beth's inner turmoil as she simultaneously can't wait to leave Little Forest, and can't stop herself from looking into the recent murder and missing persons case that has rocked the village and sent gossipping residents into a frenzy. On top of all this, Beth has to battle with a new-found power of her own, one that is at the same time delightful and terrifying. Will she find out what's going on with the village and with herself? Will she be able to keep herself out of danger? And will she ever leave Little Forest?

I decided to write this book as I wanted to create a believable world in which to place these normal, everyday, likeable characters, and have the location become more and more mysterious as the lives of these characters start to change. I have grown up in a small village in Staffordshire (and lived there most of my life), and although the village of Little Forest in the book is much more interesting than my own home village, I have taken inspiration from the villages, towns, and surrounding countryside of my home to build up the fictional county of Covershire. I am also extremely interested in the paranormal, and it has been a lot of fun to intertwine these beliefs and ideas into the setting of a 'normal' country village.

This book is a paranormal thriller, and yet I wanted to ground the magic and mystery in something real, starting with normal characters with mundane jobs and letting the supernatural aspect build in the book as the story progresses. This means that the reader isn't thrown head-first into an unbelievable world, but can find out secrets and gain knowledge at the same time as the main character, Beth. There is a whole series of Little Forest novels planned, and I wanted to start in a regular, normal place and have the magic grow out of it in what is hopefully an organic and credible way.

I wrote the book over two years (on and off) on top of a full time job, and then later when travelling around Asia, Australia, and New Zealand (not the easiest of tasks but I somehow managed it!) Having now got a feel for the characters and the location, the second book in the series was planned and written in just over two months. It is called 'Memento Mori' and will be available soon.