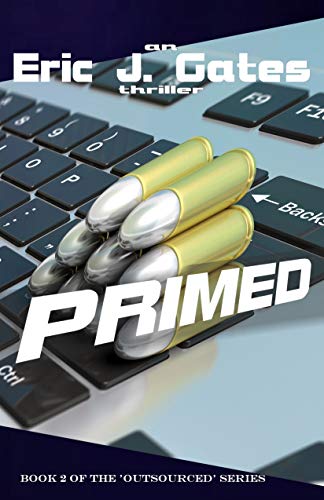 about this book: No-nonsense DIA Agent Bridget Mason is back in the sequel to 'Outsourced'. Her bos, Colonel Teal, gives her an 'easy' assignment on her return to active duty. Just accompany an NYPD detective as he investigates a suicide. The deceased was an employee for a Department of Defense contrator. All she needs to do is ensure there are no ties between the man ending his life and the secret project he was working on; a couple of days tops.

However, the cop has his own agenda. The Russian Mafia appear to be involved, as is a foreign intelligence agency whose agent is a top-notch Special Forces veteran.

Phil Beasley brings a new problem into his co-author Nic Stiles' life. He's been investigating something odd and now he's been hacked. Nic's been going downhill over the last year. He's been hiding a secret and it's eating aware at him.

Events thrust the writing duo back into Mason's latest case with deadly consequences for all in the fast-paced continuation of 'Outsourced'.