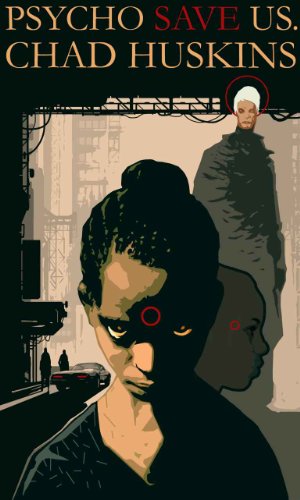 Book: Psycho Save Us by Chad Huskins

about this book: After hearing about two young black girls being abducted off the streets of Atlanta, and how they were never found, and that, usually in such cases, black children are not reported in the news nearly as much as white children, the idea started taking off for this book.

The story is about two young girls, Kaley and Shannon Dupre, who've always had a telepathic link. On this night, they get abducted by a ring of human traffickers. On this same night, for unknown reasons, they are able to make remote telepathic contact with a man named Spencer Pelletier, a psychopath recently escaped from Leavenworth Penitentiary.

The idea for Spencer came from my studies in psychology, and how psychopaths don't experience emotions the same way the rest of us do. It isn't even their fault, they are probably born this way (a frightening thought) and there appears to be no cure for it (an even MORE frightening thought).

The ideas for the girls getting kidnapped, and the idea for having Spencer be an unlikely (anti) hero, soon merged into one tale.

Also, I am a devout researcher, and interviews with law enforcement officials definitely lent to the story, considering there are THREE main "chases" going on in this movie--the chase of the police after the traffickers, the chase of the FBI after Spencer, and of course Spencer chasing down these strange voices inside his head, which belong to Kaley and her sister.