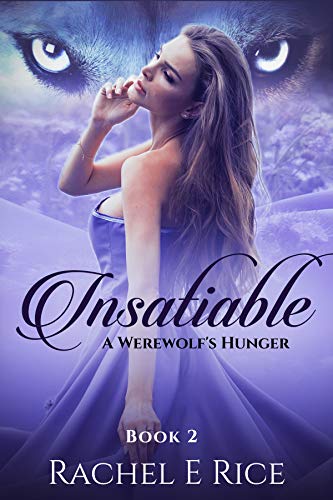 about this book: When Adrienne leaves her inattentive boyfriend Paul, and races home in her old Honda in the dead of night, she is not aware of the dangers awaiting. Her car slams into a large animal crossing the highway. She wanders in the forest trying to get home and encounters danger in a world she is not familiar with—the world of Werewolves.

Adrienne discovers that the animal she hit is a dying wolf. But not any wolf. He is a werewolf and she nurses him back to life, spending months with him not knowing whether he will kill her in the end. To her surprise he declares that she will be his mate. But after learning what the Werewolf named Wilder expects from her, she runs away from him into the forest.

Wilder, a lone Werewolf desires only Adrienne as his mate for life, and he will do whatever he can to keep her from leaving him, because she is essential for the future of his pack. He has made up his mind that the only way to increase his family of wolves is for her to mate with his brothers too.

Adrienne finally accepts the notion that she could live with Wilder and his brothers, but there is only one problem, one of the brothers—Lycell, is arrogant, exciting, handsome, narcissistic, rugged, sensuous, she can't tolerate him and his animalistic behavior, and he despises her because he desires her body more than he could ever imagine.