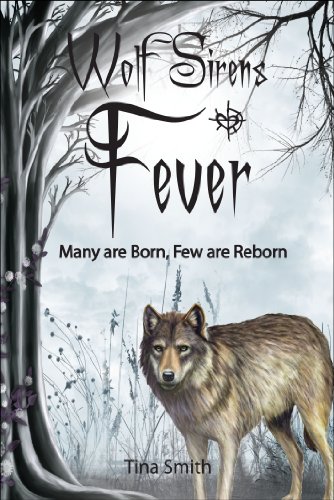 Book: Wolf Sirens #2 - Fever - Many are Born, Few are Reborn by Tina Smith

about this book: Eternally Cursed to Love & Not Purely Desire…

Temperatures rise as the flames of longing still burn. The thrilling sequel to Tina Smith's masterpiece of romance fantasy, Wolf Sirens Forbidden, continues. A shadow has fallen over the heart lands of myth and reality. Prophecy says Apollo, god of deadly plague, conspires to undo his sister's legacy.

Increasingly, each successive slayer becomes more alluring to the enemy and the predestined struggle, to both resist and contain their fierce rival. The wolves and hunters are cursed to a mutual attraction, powerful enough to tear two worlds apart.

The chosen is reborn broken-hearted, in the scorching embers of grief. Devastated Lila trains tirelessly as the chaste assassin never conquered by love. Forsaken, she must submit to deliver justice and protect the innocent of Shade.

But is it love or revenge which motivates her?

Will the huntress or her heart prevail? Breaking away from the call of destiny and fearing betrayal, Lila makes a desperate escape in search of her lost beloved. The history of the wolf pack is revealed and the intensity between two ancient enemies ignites. Devotion and desire in the underworld reaches fever pitch.

If The Bite Doesn't Get You, Then the Fever Will

Tina Smith is an herbalist, Piscean and mother with a fondness for strong female protagonist's and a love of fantasy. She wrote Wolf Sirens, her debut novel after desiring greater depth from the paranormal genre. Fever further unfolds the tale of the heroine femme fatal, on her journey in the underworld between the lands of myth and reality.

• "Rich, complex, and deeply fascinating. Smith's creation stands apart from other books in the genre. Wolf Sirens has raised the bar for paranormal romance." — Kevis Hendrickson, author of Rogue Hunter.

• "Smith weaves a thrilling and beautifully crafted tale that sinks its fangs in and refuses to let go." — Michael Alexander, author of The Vessel.

• "Does not disappoint! Tina Smith captures her readers on the first page and leads them on a fast-paced journey full of suspense and adventure as heroine, Lila, struggles towards the truth." — Beverley Eikli, author of A Little Deception.