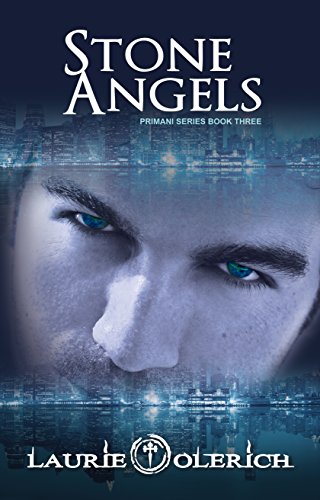 about this book: The journey is over. Will destiny be satisfied at last?

Not just a story, Stone Angels is the sweeping conclusion of Mica's extraordinary transformation. After five years, her tribulations are nearing an end. Blessed with dubious gifts from the archangels, Mica's role in the coming end of days surprises them all. Occasionally, even the archangels have a sense of humor. Finishing this book was like saying goodbye to beloved family, but all good things must come to an end! While Stone Angels wraps up Mica and Killian's story, there are more to tell. I've got two more books coming in 2014. And yes, Mica, Killian and Sean will pop up in those as well!

Powerful, pitiless, deadly...Sean walks a tightrope between Heaven and Hell. Killing demons and humans alike, pushing the boundaries of Primani code. One misstep and he will fall.

Stronger than ever, Mica faces her worst nightmares as Killian's mysterious past is finally revealed. Faced with an unspeakable choice, will she be strong enough to make it?

Killian understands patience. He's waited 3,000 years to get his life back. But just as the end is near and he can taste victory, destiny throws a wrench in his plans. The fate of the world seems to be in his hands and he's not in the mood. Torn between Mica, Sean, and the survival of the human race, he's got a lot of plans to make. When does he get to claim his destiny?