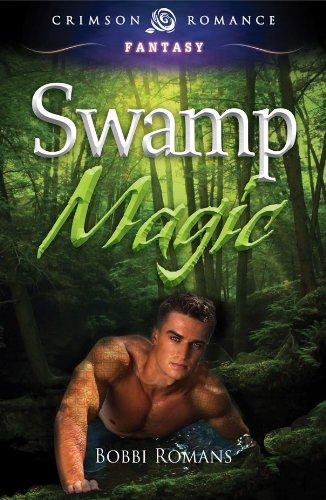 about this book: Swamp Magic is the 1st in the Swamp Magic Series. Under the Full Moon, Book Two releases on June 17th 2013.

In Swamp Magic, a paranormal romance, we find Beth, stuck in the swamps having followed her idiotic brother on a hunt for the elusive Bog Man. A creature locals have sworn lurks deep in the heart of the swamp.

Not truly believing, but having been a huge fan of mysteries while growing up, Beth feels compelled, to put the legend to the test.

Beth just didn't expect to find Moss...the cursed shifter behind the legend. Nor did she expect to find herself drawn into an age old battle between good and evil where she herself, plays a large role.

Beauty is in the eye of the holder, and Beth finds no monster in the swamp, she instead uncovers a new breed of hero...one that the world was just waiting to find.

Now, to convince Moss of this.

Note: These aren't your standard shifters. Octavia the Swamp Witch wasn't stupid enough to curse her men into creatures that could turn around and harm her.

Little did she know it's about the spirit, not the shell. And these Lizards, Armadillos and Opossums have Spunk.

More than she ever counted on.