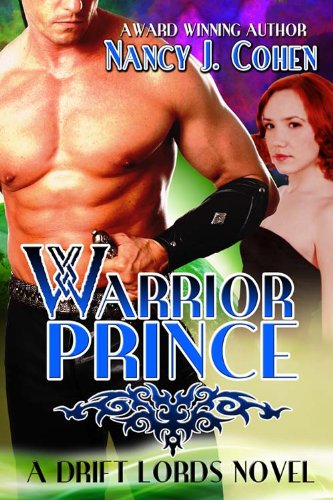 about this book: The idea for my Drift Lords paranormal series came from the Maelstrome ride at Disney's Epcot theme park. Guests board a boat that glides into a dark tunnel and rises up a steep incline. At the summit, the boat sails into a misty forest where trolls appear. These evil creatures cast a spell on visitors to "Disappear…Disappear." Suddenly, the boat is whisked backward as though through time. The boat glides past scenes of Norwegian history as this rich heritage is described.

Never mind the rest of the ride! I loved the idea of evil trolls, and my imagination took flight. I decided I'd write a story based on Norse mythology. The trolls in my series would be the bad guys, except I renamed them the Trolleks. In my story, the Trolleks have invaded Earth through a crack in the Bermuda Triangle, a rift between dimensions. The Drift Lords are warriors sent to stop them, but they can't accomplish this task alone. They need the help of a select group of Earth women whose legendary powers can defeat the enemy.

I also loved the idea of sinister theme parks, so the action in Warrior Prince starts in modern day Orlando, Florida when mythologist Nira Larsen goes hunting for a summer job. Her employment interview turns into a nightmare when a Trollek attacks her. Unknown to Nira, she is one of the six women in the prophecy destined to save the world. Coming to the rescue is the Drift Lord leader and his squad of hunky warriors. And so the adventure begins.

"Nancy Cohen's new Drift Lord series is terrific. The world building as she meshes contemporary times with other planets and mythology is outstanding." Traci Hall, author of Wiccan Chalice