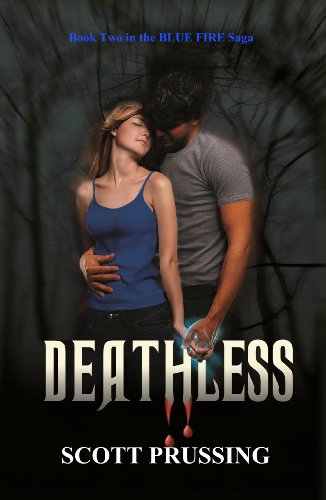 about this book: Helpless is the second book in the paranormal romance series The Blue Fire Saga, set in modern day Connecticut.

Strange things keep happening to Leesa Nyland. A mysterious stranger calls her on the phone and says that he is her true father. Stunned, Leesa drops her phone, breaking it before he can explaing what he means. She begins dreaming of rotting corpses rising from the grave--and the dreams seem to be coming true! Next, objects in her vicinity suddenly begin moving seemingly of their own volition.

In Helpless, we begin to learn that there is much more to Leesa than anyone originally thought. She has powers inside her which she doesn't understand and cannot control.

As if that wasn't enough for a shy college freshman, she still can't kiss her gorgeous boyfriend Rave without danger of being burned to a crisp, and there is an angry femaile vampire after her, bent of vengeance.

Deathless is a fitting sequel to the critically acclaime Breathless. Don't miss out on the continuing adventures of Leesa and her friends.