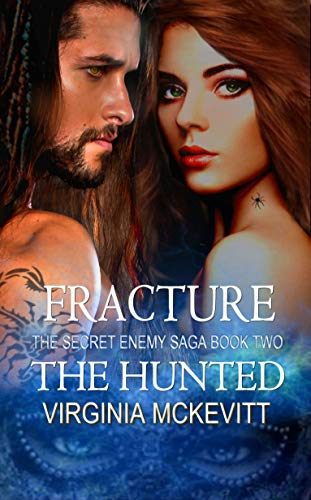 about this book: The Hunted, finds, Tegrin, Kristina, Sissy, and Jimmy, hunting the Couton in the city that never sleeps, New Orleans. Not only do they have to find the Couton and kill them before they get a foothold in this famous city, but they must do it under the nose of Sissy's mob related uncle, and during Mardi Gras.

Alexasia, the Couton Priestess, and her sisters, fit right in with the deeply rooted belief in voodoo and the darker side of New Orleans. This will be her home. Here, she is free from the kings and rules of her world. Free to hunt her human prey, and free to take until there is nothing left.

There is a battle brewing in the streets around the Saint Louis Cathedral, but it is not just between the hunters and the hunted. There is an inner battle that threatens to consume our four heroes as old wounds are opened, and souls are laid bare.

Will an assassin from another world and three humans be able to stand against a common enemy, and survive? Will they lose who they are in the process, or will they become a force to be reckoned with? Take the ride and find out.