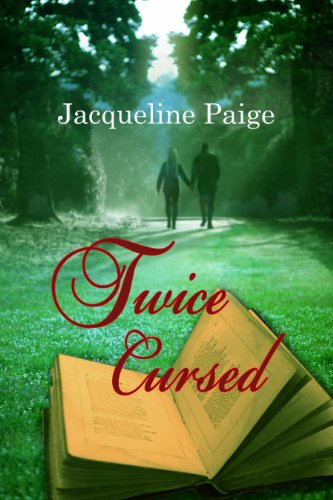 about this book: There was no shortage of using my imagination while writing this. I took so many elements and put them into one story, I think I may have broke a few rules along the way.

Maddy is the oldest witchling to ever attend the Hidden Cove Academy, having been cursed as a teen; she's forced to have a solitary life outside of her own magical community. With her magic so dangerously unpredictable, she rarely takes the chance on mixing with the general public.

From one harmless trip to a museum she finds herself spellbound yet again by an invisible boundary, caused by a three hundred year old curse, dictating that Maddy must stay close to the stunningly sexy Colin.

Being stuck with a tall, dark, incredibly lick-able stranger can't be all that bad, right? Until they discover if they get too close the spirits bound with the curse will take over their bodies ... at the same time if they're too far from one another the curse will kill them both.

Will the curse's secrets be unraveled in time or does certain death await them both?

• "The build up to them giving in to their attraction is subtle and works really well. Of course it's hampered by supernatural elements to do with their curse, but that all works with the plot." — Top pick at Night Owl Reviews 4.75/ 5

• "Jacqueline has created a unique world of witches that has aspects that are unlike most stories about witches. This is a rare talent in a book universe populated by witches that generally fall into one of several categories. I could easily picture this world and the people in it." — 5 stars at Books, Books and More Books