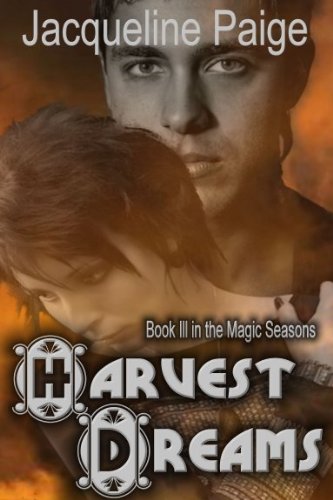 about this book: The first four books in this series were written one after the other. I spent so much time with these characters I almost expected them to walk into the room at any point. The two main characters in this book kept me flying on the keyboard, I could barely keep up with everything they were throwing at me.


Armed with magic and a plan for the Lammas festival as a group they are determined to stop the killer from harming anyone again. With a plan of his own Steven decides he's done waiting for Rachel to see that they're meant to be together and takes things into his own hands.

Rachel is a woman that lives carefree with a buoyant recklessness. She loves being a flirt and has spent many years indulging that side of her personality. Her energy draws others; her character is to protect all those that cannot protect themselves. When she's not riding on life, she is helping children less fortunate then herself.

Steven is man that gives more than his energy usually allows. He is a highly respected pediatrician that always goes that extra step to ensure all in his care are receiving his utmost attention. He often sacrifices sleep to spend time with his friends, and he can't seem to help affably chasing the skirt of the one woman that breaks his easy going charm and makes him forget he's supposed to be the jovial. He hides his strength in body and magic, never letting others know that he is more than the carefree man with everything he needs.