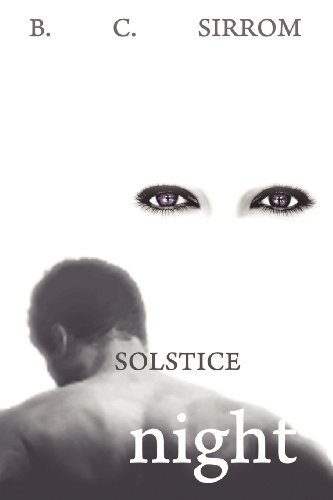 about this book: I wrote a book I would like to read. Ever since I borrowed my sister's 'Dark Hunter' series, I have been infatuated with Paranormal Romance. I consumed everything written by Kenyon, Frost and Viehl. When I started graduate school, my mind needed a break from academics. I started writing 'Solstice Night' as my own private escape. It was so private it was a secret. My husband didn't know I had even written a book until it was under contract.

'Solstice Night' is a paranormal romance set in present day Detroit. There are vampires, wolves and a few other beings of my own invention; all living in secret just under human notice. In many ways it follows the mold of the writers I love so much, but I flipped the formula to make it my own. Without giving anything away, I think you will be surprised by the hero. My characters are flawed, funny and despite supernatural abilities are still surprising vulnerable with their humanity. The best compliment I have received as a writer was a reviewer said, "From the first chapter the depth of the characters gripped me".

Readers of paranormal romance will be in familiar territory with 'Solstice Night'. It's full of dark, sexy vampires (and other beasts). However, the story is refreshingly original. In a city where a vampire can be a slave and love can free him, there is more out there than you think.

Video: Introducing an Original Vampire Romance by B. C. Sirrom