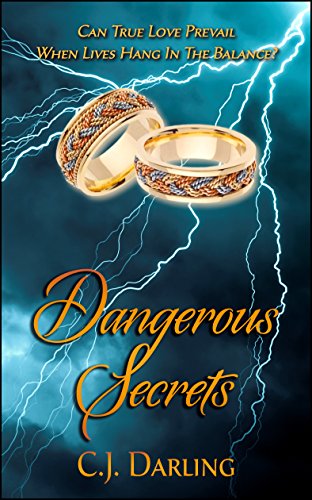 about this book: A chance meeting and mistaken identity throw two Irish expats together in an unlikely romance fraught with tragic secrets that could endanger a young girl's life.

Conor Fitzpatrick had no idea, when he left Ireland 13 years ago to become a renowned Hollywood superstar, that his childhood sweetheart was expecting a child. Peggy planned to follow him to America—but then she broke his heart by unexpectedly marrying another man.

Conor vowed never to fall in love again. Then he meets Kiera Donovan, an enchanting familiar stranger who looks eerily like his pretty Peg. The powerful secrets she's hiding threaten to endanger him and everyone he loves. How long can their budding romance survive once he learns the horrible truth about Peggy's brutal murder?

Kiera is determined to rescue Conor's daughter, even if it means returning to Ireland and confronting Peggy's relentless killer. Irresistible sparks fly when they travel to Las Vegas for an arranged marriage—but danger and passions collide on the treacherous cliffs of Kilkee, Ireland, when they face a crazed madman in a dramatic showdown.

"An intricate, layered thriller that builds to fever pitch…star-crossed lovers, a quest for truth, and a dash of paranormal intrigue…suspenseful and riveting!" ~ Heartsong Reviews

"This is a vividly written book, rich in detail. I strongly recommend it for anyone looking for a romantic adventure." Walters - Verified Amazon Reviewer