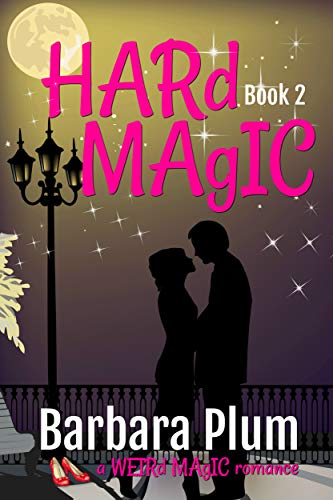 about this book: In Book 1, Thea Gale--heiress to the famous red shoes--and Magnus Rogon--The Uncrowned King of Right-Thinking of Witches and Warlocks--help avert a major war between common humans and genus-magicus practitioners.

And what do they get for their good work?

Exile by The High Tribunal who ixnays the hot relationship between Thea and Magnus. A three-month absence should make the heart grow fonder.

But there's always someone who wants either the red shoes or the crown or both.

A botched-kidnapping attempt aborts Magnus's exile, but Thea doesn't exactly receive him back in her life with open arms.Their stars are definitely crossed. As they try to bridge the distance between their two worlds, they find nothing is easy.

Thea still doesn't know how powerful her red shoes are and must learn some hard magic fast to fight against a rogue warlock and witch to protect her family and defend Magnus.

I set this series in Kansas City--the heartland of the US--because 'everything is up-to-date there and because most people would scoff at the idea of witches and warlocks walking among the city's populace. Because I "grew up" in Kansas City, I had some fun putting these two characters in places I know so well.