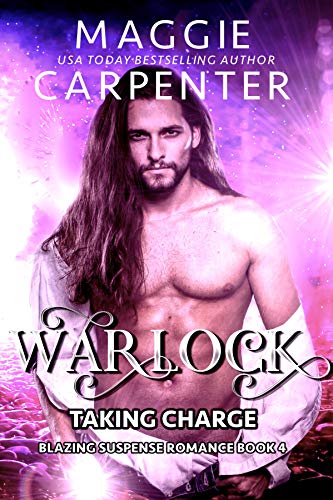 about this book: Do you believe in the supernatural? Have you ever wondered about psychopaths? Why are their brains different from ours? Read on...

Living life as a human can be complicated, especially when you're a warlock and the leader of a worldwide coven.

Laszio Grigore must balance his restaurant/nightclub with his warlock duties, while keeping a fragile peace with his arch enemy. Kalick, a demonic warlock who lusts after Laszio's followers.

The pact of peace was agreed to by Laszio's ancestor, Limner, and an evil warlock named Barabas. The core of the treaty banned sex between warlocks and humans, thus preventing Limner's marriage to his treasured love, Valeria. But he swore to her there would come a time when the pact would be broken, and they would find their way back to each other.

As Limner foretold, Kalick has broken the age-old agreement, and Laszio has crossed paths with a beautiful young woman named Vanya. They instinctively know they are meant for each other, and with the treaty no long in force they can realize their love.

But even as the flames of their love ignite, Kalick schemes. He is determined to kill them both, and nothing on earth or in the heavens will stop him.

WARLOCK is a story of good versus evil, magic and mayhem, steamy passion, and the fight to save an eternal love.