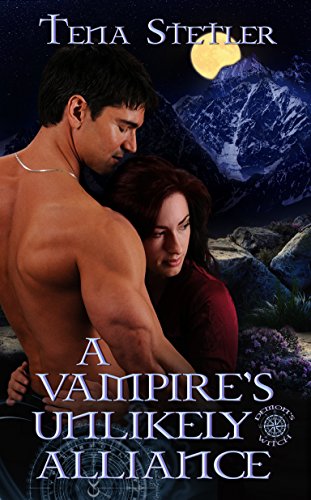 about this book: Stefan, a Native American vampire, was a character from my first book in the Demon's Witch Series, A Demon's Witch. It became a best seller five months after its release.

For A Vampire's Unlikely Alliance, I wanted to write a different vampire tale, so rather than leave him as the Vampire Council's assassin, I released him from service and he moved to Montana, took a job as the midnight DJ for a small radio station on the outskirts of Glacier National Park. Different huh? Research for this book was a trip to Glacier National Park and I drew upon my time as a DJ at a local classic rock station KKFM in Colorado Springs.

Won't you join Stefan and Brandy on an exciting romantic fantasy where vampires and gryphons, warlocks and demons, witches and faeries walk among us. Some creatures are willing to put aside their differences to work together for the good of man and magic kind, other's will stand in the way.

Other books by Tena Stetler (more)