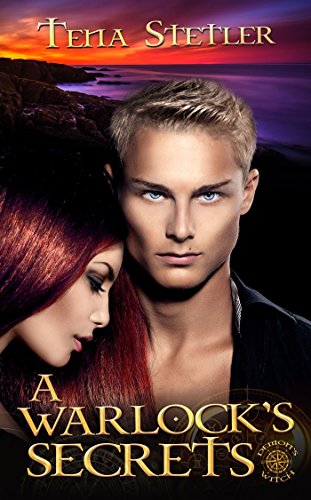 about this book: A Warlock's Secrets was not a planned book in the Demon's Witch series. It was originally a three books series. After publishing the first book in the series, A Demon's Witch, many readers and reviewers wanted or assumed that Tristian's story would be next. So I listened to my readers and wrote A Warlock's Secrets before submitting rest of the books in the series. The hardest part of writing this book was wrapping my head around who Tristian really was and what he really wanted out of life.

The underlying message is Tristian has a strong moral compasses even though he works as the Demon Overlord's Enforcer/Assassin. He basically is the paranormal police for the Western Hemisphere. Enforcement is necessary to keep a balance between mortals and creatures which he learned young due to the death of his parents and having to raise his little sister.

Hannah is a strong, smart woman in cyber security and doesn't take Tristian's crap. He likes the challenge and the strong personality of Hannah. But in his darkest hours she is dragged into his magical world. If they survive, is she strong enough to heal his heart and tame the warlock? Or will their secrets destroy them?

Why write romance, I like the happily ever after aspect. I want to whisk my readers away from their everyday lives into a world filled with magic.

For me crafting a romance is all about RESPECT, TRUST and LOVE. Only most of my characters are of the paranormal persuasion. I want to create a memorable love story with spice and adventure. Characters that will grab hold of your heart and hang on long after you've read the last word and closed the book with a satisfied sigh.

Other books by Tena Stetler (more)