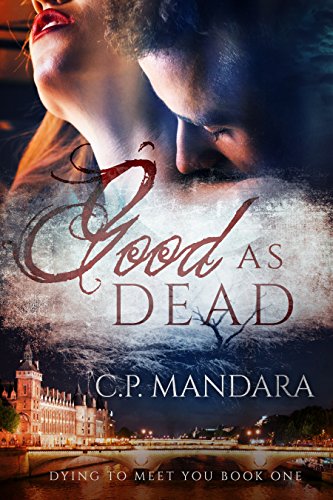 Book: Good As Dead (Dying To Meet You Book 1) by C.P. Mandara

about this book: She's Dying To Meet Him in GOOD AS DEAD

Lainey Hargreaves has a dangerous secret. It's going to get her killed. Buried alive by some of the most notorious criminals in London, she feels sure that her last few hours are upon her.

Mercer is a vampire on the edge. The last thing he wants to do is babysit a human, but he's been left with little choice. When the orders come down, he has to obey. Rescuing Lainey is the easy part, however. The woman won't do what she's told - but he's about to change all that. His bedroom 'technique' is legendary, and after a few hours of his skillful 'talents' she's going to be hanging off his every word.

Keeping the human alive is going to push all of his preternatural talents to the limit, and possibly beyond. He doesn't fear death, though. Death would be a blessing. Judging by the amount of trouble Lainey has landed herself in, in looks certain that they're both AS GOOD AS DEAD.