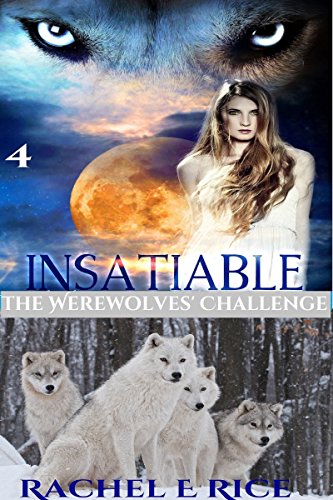 about this book: This is the fourth book in the series with more to come. This series will branch off into a new series "Hunter's Moon," coming soon.

Drayton and Adrienne's blissful honeymoon in Hawaii satisfies their need to be alone; away from Wilder and Lycell who show a tendency to be jealous of the union, and because Adrienne chose to marry Drayton instead of one of them.

Drayton doesn't expect to get a call to come home because after all it has only been over a week since they have been in Hawaii. Wilder is feeling a case of staggering jealousy. The moon is full and his desire for Adrienne is insatiable. After all, he mated with her first, and he longs for her body.

Adrienne isn't happy to cut her honeymoon short. She is reluctant and angry at Wilder. She suspects he wants to ruin her time with Drayton, but against her judgment she returns to the ranch, where she quarrels with all three brothers because they all want to lay claim to her body on the night of the full moon.

When she refuses to sleep with all of them, and declares her independence against Drayton's demands, Adrienne has had enough of the brothers' suffocating control, and she takes off with her werefemale friend Mena for a girls' day out.

Her rash decision and stubbornness will thrust her into an adventure of her life, where she will be forever changed. She is held captive by Bane, a werewolf who is equally as strong as the triplets, equally as handsome, and equally as ambitious when it comes to his desire for Adrienne.

Will Adrienne fall into the arms of Bane as an alternative to a controlling Wilder and his equally strong willed handsome brothers Lycell and Drayton?

What comes next is a series of unfortunate problems for her and the Samsa brothers when she is kidnapped by Wilder's enemy Bane. 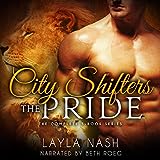